Questions or inquiries? Use the contact form and we get in touch or mail us at info@creatusmarketing.com

Thank you! Your submission has been received!
Oops! Something went wrong while submitting the form. 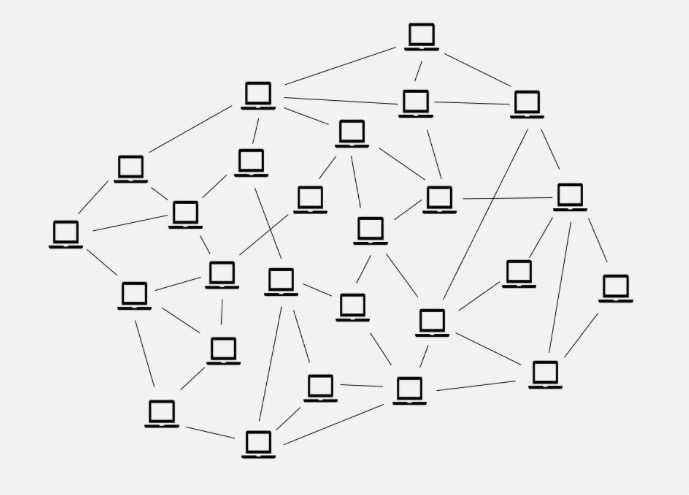 A blockchain exists out of blocks of data. These blocks of data are stored on nodes (compare it to small servers). Nodes can be any kind of device (mostly computers, laptops or even bigger servers). Nodes form the infrastructure of a blockchain. All nodes within a blockchain are connected to each other and constantly exchange the latest data with each other so all nodes stay up to date. They store, distribute and preserve the blockchain data, so theoretically a blockchain exists on nodes. A full node is basically a device (like a computer) that contains a full copy of the transaction history of the blockchain. An entire blockchain can theoretically run on a single node, but since it would be stored on only a single device, it would be extremely vulnerable to things like power outages, hackers or systemic crashes. The more full nodes a blockchain is running on, the better its resilience against such catastrophes is. When the blockchain data is spread across so many devices, it will be very hard for a corrupt entity to wipe out all this data at once. Even if a large number of nodes suddenly goes offline and becomes inaccessible because of a global crisis, a single node can theoretically keep an entire blockchain operational. And even if all nodes go offline, it only takes one node with the full blockchain history to come back online to make all the data accessible again.

Utilising this system, Ventura Wealth Club profits from the volume going through our rented nodes. We run a unique strategy called master noding. In this process we invest more capital into our nodes- giving them more responsibility within their blockchain meaning they receive higher rewards for their ‘work’. Overall, Ventura’s blockchain noding system is one of the safest crypto capital growth systems in the world, with established profits since late 2019, and having zero negative months in its history. We are certain that it will continue to provide fantastic profits for our members regardless of overall crypto market direction and sentiment.